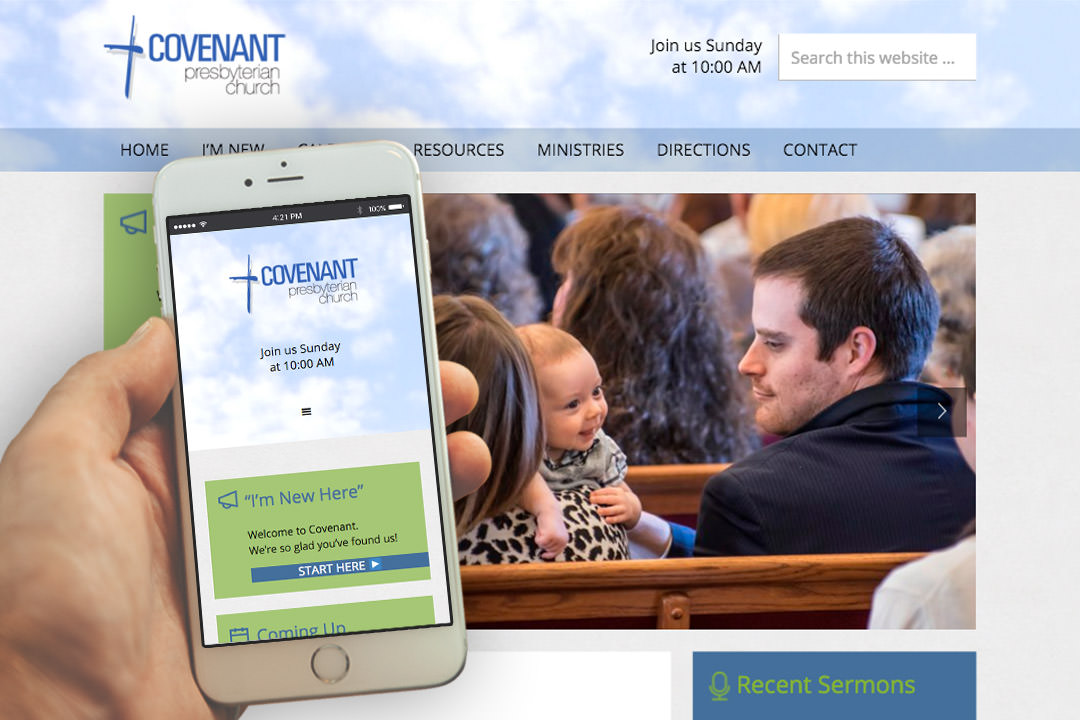 Covenant OPC’s website had not been redesigned in at least eight years, and badly needed an overhaul. It featured pictures of downtown San Jose instead of the church. The old menu system mostly offered confusion. The hosting group put ad links on every page—sometimes without any other content—and the layout was difficult to navigate on smartphones and iPads. There was no way for the church to update anything without contacting the site administrator.

The new site, despite a few kinks, gives the church control of their content. Flight Deck 3 enables them to change their homepage themselves. With the new content management system in WordPress, they can also create new pages and edit them as needed. A refreshed selection of pictures graces the pages, this time of the church building and members. It’s also a responsive design, mobile friendly, so COPC can present a smiling electronic face to the watching world. 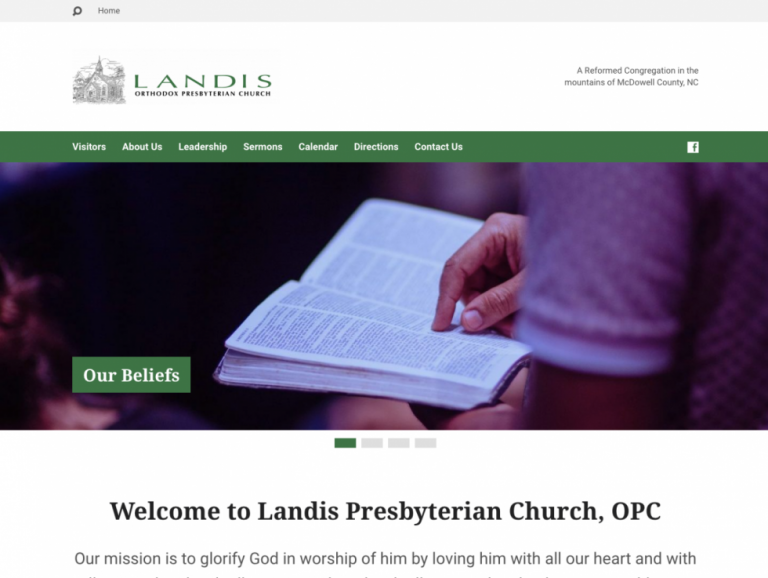 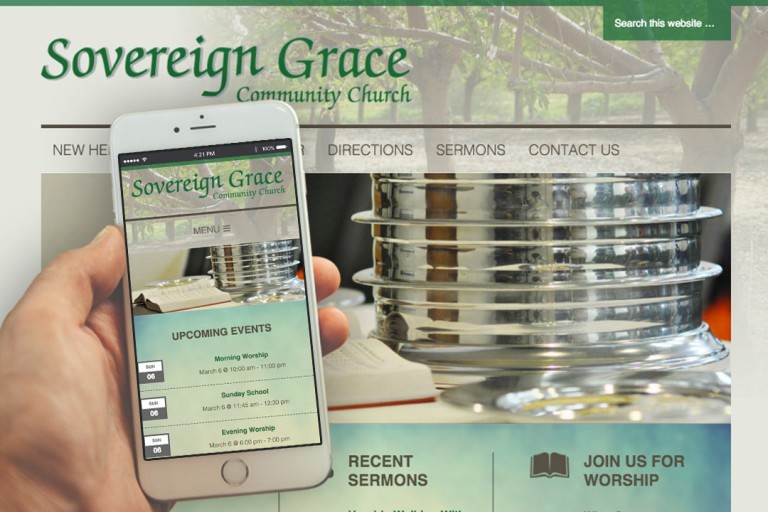 Sovereign Grace Community Church works and grows in Hughson, nestled in California’s fertile Central Valley region. Groves of almond trees spread around the church building, but the church’s presence online was hardly as beautiful. A page on a community website gave limited information, but that was all. When Sovereign Grace requested Five More Talents to… 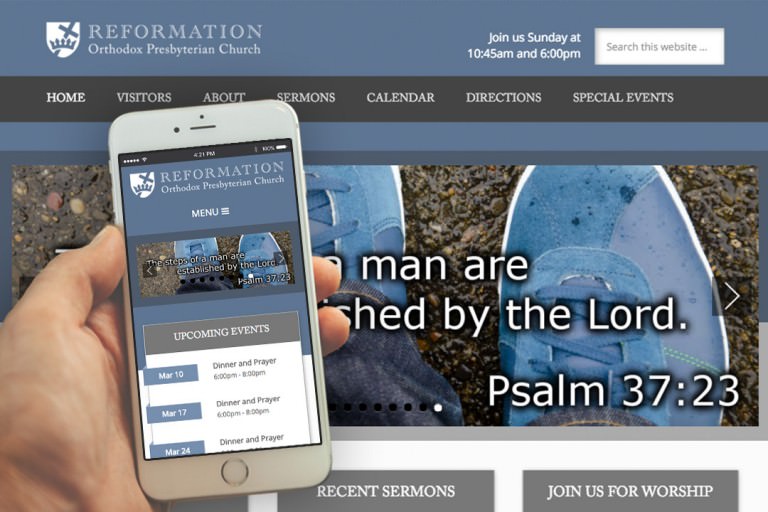 Reformation OPC in Morgantown, West Virginia had a website, but it was rarely updated. Its HTML-based code kept everything effectually nailed in place, so posting updates of any kind required knowing computer code. It provided basic information about the church, but the stilted layout looked unappealing. In early 2014, ROPC contacted Five More Talents about… 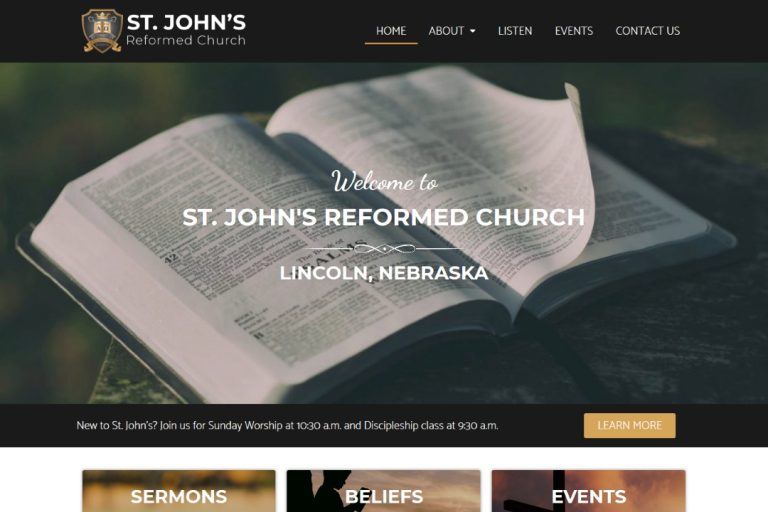 St. John’s Reformed Church, located in Lincoln, NE, is enjoying a fresh website courtesy of Five More Talents! With an elegant design and simple navigation, the website is warm, clean, and inviting. Because a church’s website is often the first impression for potential visitors, it’s important to make the website as inviting as the congregation… 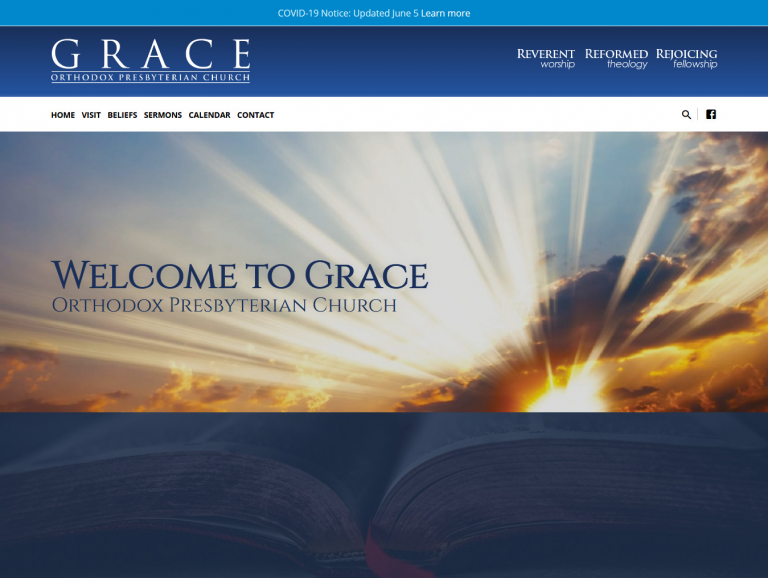 Grace OPC of Elburn IL enlisted Five More Talents to redesign their church’s website. They needed a website that displayed their core values. They wanted a way to simplify church administration. It was essential that their website showcased the lively fellowship that characterized their congregation. Five More Talents came alongside Grace OPC to help them… 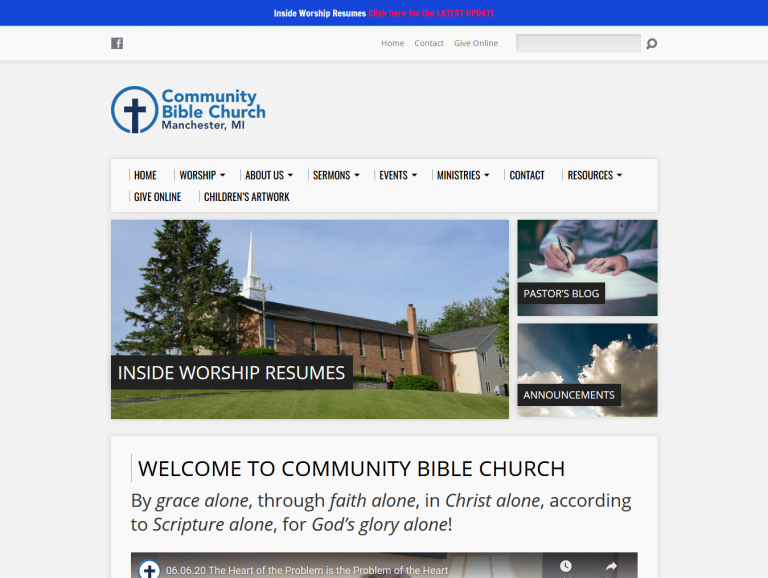 The Five More Talents team is excited to share our recent website launch! Community Bible Church in Manchester, MI is equipped with a fresh new website.  Above & Beyond the Essentials! Their new website has all the fundamental features: an accessible events calendar, a well-organized sermon library, and a comprehensive page showcasing their church leadership….